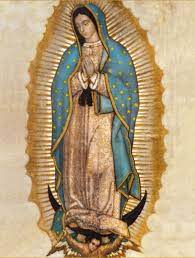 105 years ago today, February 5th, in the Fatima year of 1917, a new secular constitution was adopted in Mexico that was openly hostile to Catholicism. Tension had been building between modernist forces within politics, commerce and academia on the one hand, and the Catholic people and hierarchy on the other. The constitution however gave a legal basis for the open, legal persecution of the Church.In the face of this the Mexican people turned to the Virgin Mary, who had proclaimed herself their “Motherly Mother” at Guadalupe four centuries before. In turning to her, the people equipped themselves with her rosary. The Popes of the time watching developments in Catholic Mexico also asked the faithful around the world to pray the rosary for Mexico.The 1917 Constitution of Mexico was revolutionary and is still in power today. It served as a model for the Russian Soviet Federative Socialist Republic Constitution of 1918, from which Russia began to spread its errors throughout the world.Surely Our Lady when making her request for the daily rosary to end war and bring peace, did not just have Europe and WWI in mind but also asked for her faithful children in Mexico and for the Cristeros, the defenders of her honour and the Church, who assembled an armed resistance in face of the new constitution and its harsh laws.So today, the First Saturday, let’s make a special effort to respond to Our Lady’s pleas to make reparation through Holy Communion, Confession, recitation and meditation on the Rosary, and bring peace to this troubled world, as she promised we would through the First Saturday Devotions.P.S. Don’t forget the 2022 All Ireland Eucharistic Conference today from 2pm, live and exclusive on Radio Maria.Great Speakers include: Fr John Mockler, The Servant Sisters of the Home of the Mother, Antoinette Moynihan, and Fr Morty O’Shea.