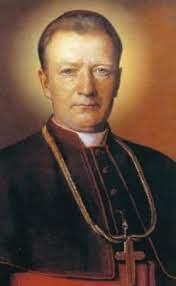 Today’s saint, Jozef Bilczewski was a Polish Archbishop and in many ways, a model for our Shepherds.

When Msgr Bilczewski, at age 40, was ordained bishop, “he spelled out very clearly his pastoral plan which can be summed up in the words “totally sacrifice of oneself for the Holy Church”.

Among other things he pointed out the need for the development of devotion to the Most Blessed Sacrament and frequent reception of Holy Communion…using pastoral letters and appeals addressed to the priests and the faithful of the Archdiocese…(speaking) of the problems of faith and morals of the time as well as of the most pressing issues of the social sphere.

He also explained devotion to the Eucharist and to the Sacred Heart in them and the importance of religious and moral formation of children and youth in the family and in school.

He taught for the Church and for the Holy Father. Above all, he took great care to cultivate many holy priestly vocations. He saw the priest as first and foremost a teacher of faith and an instrument of Christ, a father for the rich as well as for the poor.

Taking the place of Christ on Earth, the priest was to be the minister of the Sacraments and for this reason his whole heart had to be dedicated to the celebration of the Eucharist, in order to be able to nourish the people of God with the body of Christ.” (Catholic.org)

When a bishop is so zealous and effective it is important to look at the sources of grace in his mission. Pope Benedict XVI when canonising St Jozef, gives us a glimpse of these sources.

“St Jozef Bilczewski was a man of prayer. The Holy Mass, the Liturgy of the Hours, meditation, the Rosary and other pious practices formed part of his daily life. A particularly long time was dedicated to Eucharistic adoration.”