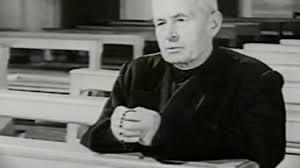 Blessed James Alberione was born on 4th April 1884 on a poor farm.

His father brought him to seminary in an ox cart. No one could have imagined the impact he would make on the Church as a religious founder and Catholic media innovator. And yet the seeds of all that he accomplished were planted in his baptism and his consecration to Our Lady as an infant…… and watered daily in the family rosary.

Fr Calloway writes, “From his earliest days, Blessed James manifested a profound devotion to Mary…All throughout his youth, he frequented this Marian shrine and spent countless hours in prayer to Mary.

As a priest, he desired that everything be done under the watchful and maternal gaze of Mary…, in addition to stressing the importance of Mary’s motherhood for each Christian, he also emphasized Mary’s important apostolic work as our teacher and Co-Redemptrix.

Mary was his favorite and most frequent topic when he preached. His writings on Our Lady total over 1,700 pages! He never missed an opportunity to introduce Mary into his many activities and apostolic works.“….remarked that if Our Lady were to become more known, imitated, invoked, and loved, the world would be completely “Christianized.”

He particularly stressed that the Christianization of the world would come about through the weapon of the rosary….Whether he was teaching, preaching, or authoring books, he always provided numerous examples of the power of the rosary in the lives of the saints.

He loved to refer to the heroic example of the saints who found in the rosary a great source of sanctity, strength, protection, and zeal in their apostolic actions.Whenever Blessed Alberione was about to give a talk, it was his practice to pray a rosary before delivering the talk. When travelling by car, he would pray non- stop rosaries until he reached his destination.

He held that the rosary is an easy and efficacious prayer, especially helpful for growing in virtue and overcoming the enemies of the spiritual life. Knowing the rosary to be a prayer most pleasing to Our Lady, he emphasised praying the rosary with faith, devotion, and a firm purpose of reforming one’s life. For this reason, he strongly encouraged people to pray the rosary on their knees when possible. He himself gave this pious example.”