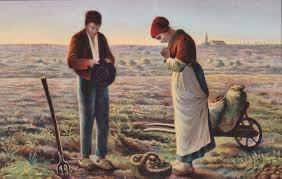 Closely linked to the rosary is the Angelus.

Today marks the institution of the Angelus by Pope Callistus in 1456.

The Pope asked all to pray the Angelus and the Rosary to stop the threatened invasion and take over of Christendom by the Turks. So tied was the Angelus to peace, that the Angelus bell calling people to prayer at noon was called the “Peace Bell.”

200 years later, through the Rosary and the Angelus, when the threat to Christendom was finally ended at the Battle of Vienna, after the great Polish General John Sobieski, who led the Christian army declared: “I came, I saw, but God and Mary conquered.”

(From The Woman in Orbit)