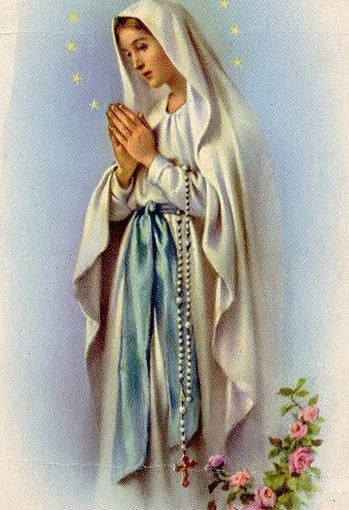 Today is the 450th anniversary of the decisive and miraculous victory of the Christian army and navy at the Battle of Lepanto. This was a crucial battle in which the Catholic forces stopped the takeover of Europe by the Moors. The Catholic forces were vastly outnumbered, victory was humanly speaking impossible. But with God nothing is impossible. He granted an astonishing victory through Our Lady and her rosary.St. Pope Pius V led the spiritual defense of Christendom calling on the faithful to pray the rosary for the battle. From the Vatican, he was given a vision of the battle, the rout of the Ottoman empire and the victory. In thanksgiving, he established the feast of Our Lady of the Rosary on the anniversary of the victory.