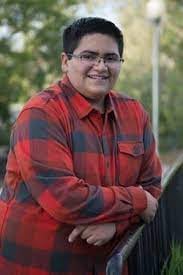 “When a shooter came into his classroom at STEM School Highlands Ranch on May 7, 2019, Kendrick Castillo confronted the shooter. He lost his life, buying time for others to get to safety. The heroism of the young man, who was posthumously made a member of the Knights of Columbus at the 137th Supreme Convention, was testified to by all who knew him. But as his father, John Castillo, recounts, Kendrick’s heroism was not limited to his self — sacrificing act.“I want people to understand and realize that it wasn’t that one act that he did that day,” John says. “But it’s how he lived and celebrated his life. He was my hero his entire life.”How did Kendrick live and celebrate his life? Through prayer, especially in his devotion to the rosary.“He prayed the rosary when he felt the need,” John Castillo said, “I never pried and asked when and why he did it, but he would pray.” (Evan Holguin)