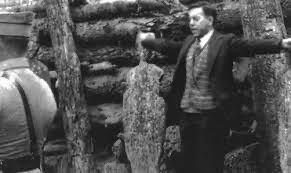 Blessed Miguel Pro was a hunted priest in Mexico, who when caught, faced martyrdom before a firing squad. As the rifles were lifted he reached out his arms to form a cross. He held a crucifix in one hand and his rosary in the other. He shouted “ Viva Christo Rey” i.e. “Long live Christ the King” as the gun fired.

“It is interesting that Blessed Miguel Pro’s memorial falls during the week after the Feast of Christ the King. For this was a man who knew what proclaiming Christ as “king” meant, as he said: “both that Jesus is my Lord and the Lord of History. I subject myself to Him freely, because, in the end, all things are subject to Him as their Creator and Redeemer. Human kings and empires come and go; they live and die. Christ lives. Therefore He alone is King.”

But let me insist again, this does not mean quite the same thing as when a political partisan cries out slogans when he or she is being executed in a political battle. It would be a mistake to see “Viva Cristo Rey” in the same way.

For Christ is “king” in a different sense. And precisely because He is not a “king” in this worldly sense, His followers will always be losing in order to gain. Political victories are always ephemeral. They endure even less than gold, which the Scriptures say is worthless chaff. But the blood of the martyrs is the seed of the Church. In losing, we win. When we are weak, then we are strong, if we do the will of God and let the Holy Spirit work in and through us.

Ours is not to know the whole story; ours is to serve faithfully—not human kings and human precepts (“kill or be killed”), but a divine king and divine precepts (“Thou shalt not kill”; “Love your enemy”; “Love as I have loved you”—you who crucified me).”