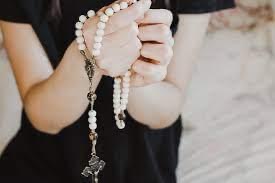 Sixty five years ago today, the Soviet army rolled into Hungary to crush an uprising of the freedom loving people that had started twelve days before.

Television had recently come to Ireland so the call to prayer to support the uprising from the Hungarian Primate Cardinal Mindszenty was heard in many homes across the country.

The faithful of Ireland responded with the rosary.

Then as the Communists brutally countered the Hungarian people’s desperate attempt to gain freedoms and the sight of tanks rolling through the streets of Budapest and the sound of explosives projected from the TV, the Irish people intensified their rosaries.

The bond between Ireland and Hungary has deep roots. The ancient city of Gyor was founded by Celts on their Westward migration that would finally end in Ireland.

During the persecution of Catholics in Ireland, a portrait of Our Lady’s from Ireland found safe refuge in Gyor. The Hungarians took it as a sign to pray for their Irish “cousins” especially when the miraculous picture wept one St Patrick’s Day.

After the Soviets crushed the Hungarian uprising they arrested and tortured Cardinal Mindszenty.

150,000 Irish men, women and children processed through the streets of Dublin praying the rosary for his release and freedom from atheistic communism for Hungarians.